The Friendly Virtual Radio Interferometer (VRI) is designed to simulate astronomical observations using linked arrays of radio antennas in a technique called earth rotation aperture synthesis. As the successor to the original Java-based VRI, it focuses on simulating the effect of combining different antenna layouts. 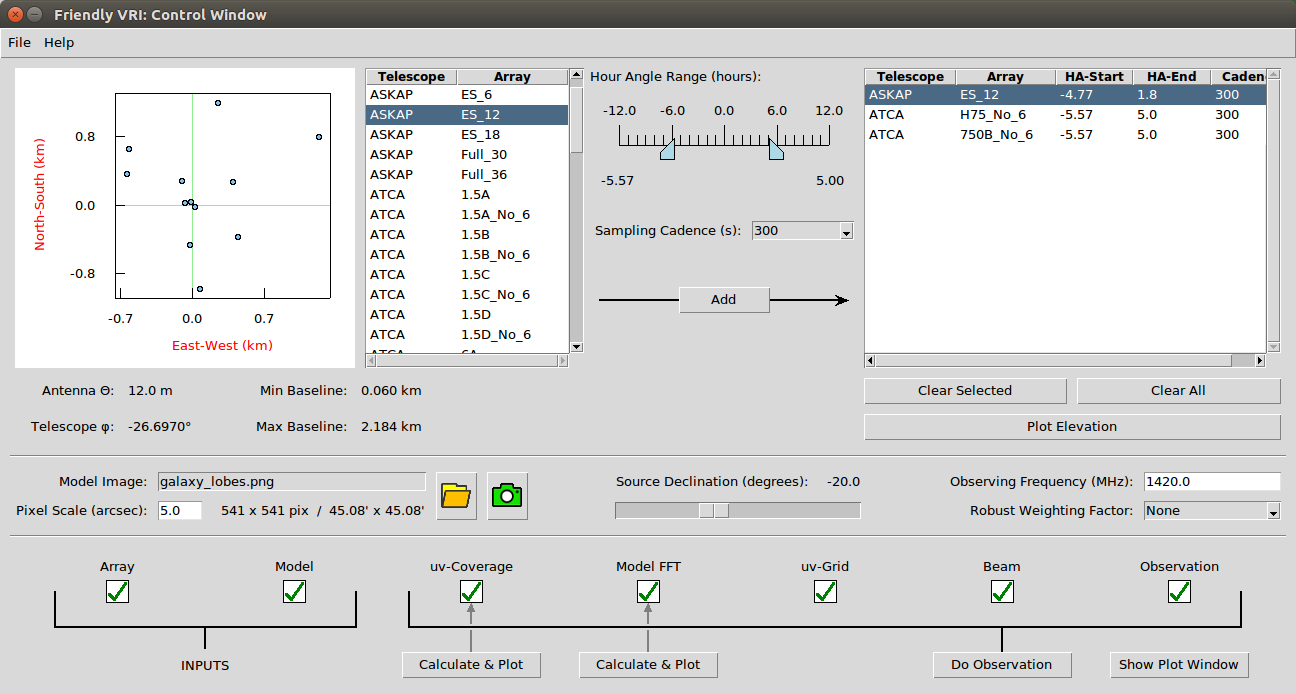 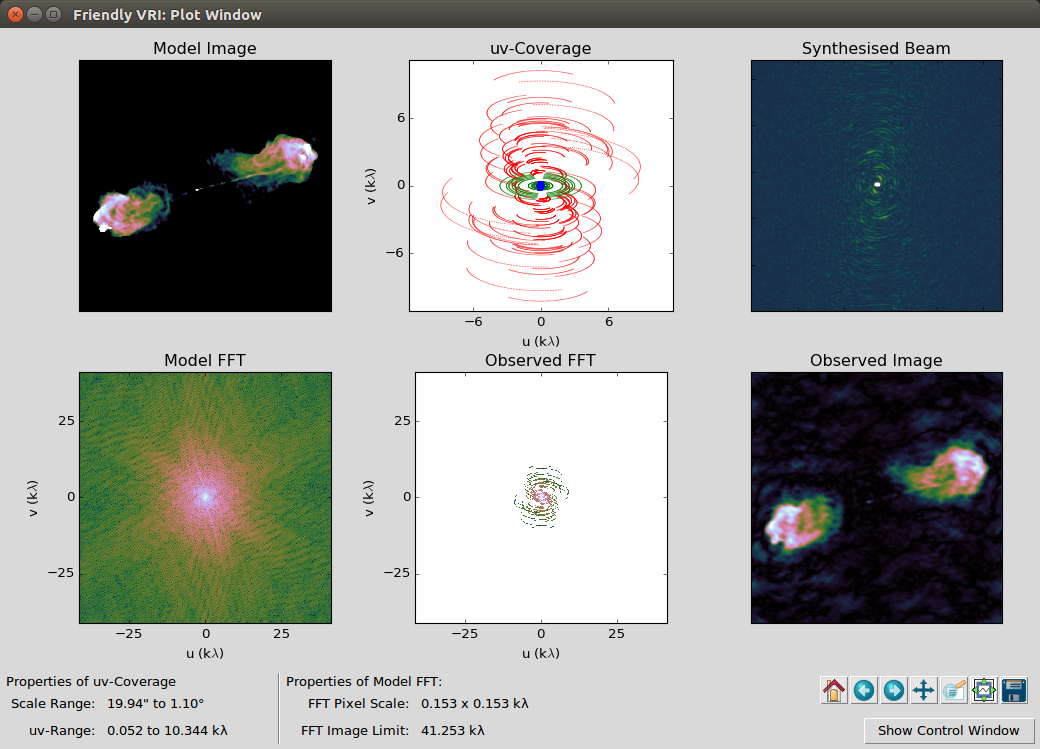 The Friendly VRI is written in Python to work with both Python 2.7.x and 3.x. You will need the following modules installed:

If you use the default system python interpreter, these can usually be installed from the command line on Linux or Mac OS X by executing the command

If you are running Anaconda scientific python the command is

Once all required modules are installed, click on the ‘View on GitHub’ link at the top of the page and then the ‘Clone or download’ button.

A note about opencv on Mac OS X:

The default installation of opencv on Anaconda for Mac OS X seems to be broken (causes a segmentation fault). Some folk on the internet have reported success installing a working opencv module using the command

If this works for you and you want to enable the web-cam capture button for Mac OS X, comment out the following lines in the ‘vriTk.py’ code:

Start the application by executing python vriTk.py on the command line from within the friendlyVRI/ directory. The interface is (hopefully) very intuitive and is split into a control window and a plotting window. The plotting window can be maximised and buttons at the lower-right enable jumping quickly between the two windows. The control window allows you to:

See HELP or the help menu in the application for step-by-step instructions.

Note that the calculations underlying the graphical application are split into the file vriCalc.py to facilitate use with alternative interfaces. See CALCULATIONS for a simple example.

The location and layout of antennas in each array configuration is defined in ASCII files under the arrays/ directory. You can define your own arrays by copying the existing templates and supplying a list of coordinate offsets in the East and North directions, in units of meters. The software will read these on start-up and they will appear in the list of available arrays. Note that the combination of ‘telescope’ + ‘array’ name must be unique.

This software is designed to be a simple ‘quick-look’ tool and ignores lots of effects such as non-co-planar arrays, time averaging, multi-frequency synthesis etc. It also sets the sampling grid in the Fourier domain from the extent and pixel spacing of the input image, which can result in under-sampled synthesised beams and artefacts. At the moment, the observing simulations are assumed to be noise-free and no attempt is made at calculating sensitivities. Tasks to perform robust simulations of an interfometric observation exist in CASA, MIRIAD and AIPS, but are more difficult to use.

Other excellent virtual interfeometer software has been developed by staff at observatories around the world:

The Friendly Virtual Radio Interferometer tool was written by Cormac Purcell and Roy Truelove at Macquarie University, Sydney. Questions, comments, feature requests and bug reports should be directed to ‘cormac.purcell (at) mq.edu.au’.

Released under the MIT licence.